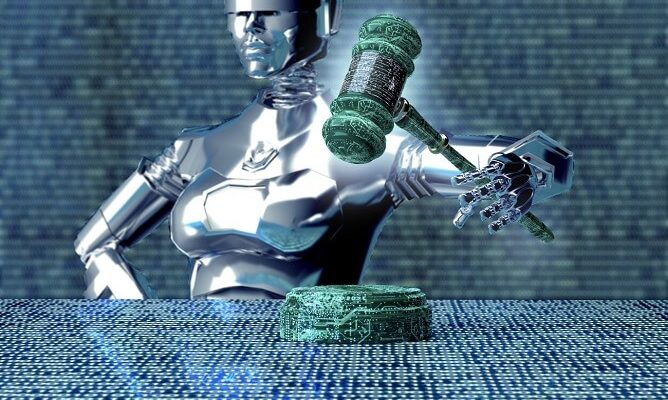 Technology is on the rise lately as the human workforce is under the threat to be replaced by robots such as shop assistants, עורך דין, translators, and truck drivers. However, lawyers should also be concerned with the rise of the robot lawyers. Robot lawyers are an A.I. application that can do specific tasks that are usually performed by lawyers and paralegals. A competition was held in October 2017 where a group of over 100 lawyers from London’s most expensive firm competes against an A.I. named “Case Cruncher Alpha”.

The lawyers and A.I. were given a set of problems about PPI (Payment Protection Insurance) having misselling cases and were asked to make a prediction if the Financial Ombudsman Service will allow a claim, and the result is fascinating. Overall, 775 predictions were submitted and the A.I. claims victory. Case Cruncher Alpha receives an 88.6% accuracy rate, while the lawyers only get 66.3% accuracy rate. The results of this event received various international claims.

However, the evaluation of these results is not easy. The result does not necessarily mean that machines can predict the outcomes better than human lawyers. It only shows that if a question is defined with precision, then the machines can compete with humans and even outperform them in some cases. It also shows that the event suggests there are more factors to consider other than the legal factors that contribute to the outcome. In conclusion, more research is needed to further prove the overall outcome of the competition.

The fascinating thing to note is that Case Cruncher Alpha is not a product of a tech giant like Microsoft or Apple, but it is a product of four creative minds from Cambridge law school. It all started when they created a simple chatbot that can answer legal questions. Then, they took it even further by making it more sophisticated and made the program predict the outcome of a case. The most surprising thing to know is that none of them has a background in computer science, except for Ludwig Bull who is the chief executive that taught himself about artificial intelligence during his studies.

The event was supervised by two judges, Ian Dodd from Premonition, a company that has the biggest database of legal cases in the world, and a Cambridge law lecturer, Felix Steffek. Ian said that the team has chosen the subject very well for the contest, and then he explained that “the information is not too complicated and there are a lot of similar cases.” He also added that “machines can do it more efficiently and speedily than human, for certain cases like this”.

So the biggest question is should lawyers be afraid to lose their jobs? This is the biggest worry for many legal sectors such as Israeli lawyers. However, studies found out that even with the latest A.I. technology, only 23% can be automated from a lawyer’s job. This supports the idea that the most important traits of lawyers are the care and understanding that they show to their clients. These characteristics are both irreplaceable and priceless. As such, you cannot find these traits in a computer program.