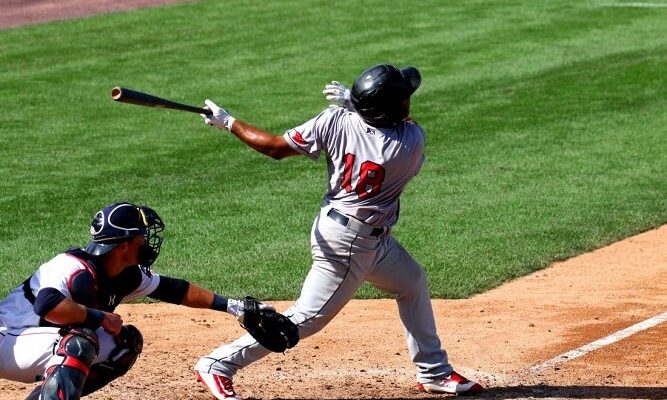 Baseball is a really fun sport. It is one of the most played sports worldwide. This sport may take a long training process for its players. The game requires skill, accuracy, aggressiveness and speed.

If you’re familiar with the game, you’ll know its main concept—to have a homerun. The fundamental of the game is to hit the ball by a bat, catching it from the opponent and vice versa.

This are the game basics that the people see, but more than this, only a few get to notice the science behind baseball.

In this article, we’ll show you the science behind the sport.

The game starts with a spin. The pitcher exerts force and motion to start-up the ball’s spin. Once the baseball leaves the hand of the pitcher, it is now up to the gravity, wind factor and pressure variation on which direction the ball will fall.

There are different types of pitch in baseball such as the fastballs, breaking balls, and knuckle balls.

Fastballs are those generated through the exertion of heavy force. These are types of balls that can give a team a winning homerun. Wayback 2011, David Freese’s out of the park hit had the fastball travelling only for 0.4 seconds. This hit gave St. Louis Cardinal’s baseball history a whole new chapter.

Breaking balls on the other hand are those balls thrown or hit with a moderate pitch. One type of breaking ball is the curveball. Curveballs exist when the pitcher spins out his wrist just right before he releases the ball. This causes the ball to appear visually stout and it also causes the ball to be caught easily by the opponent team. A gameplay with a lot of curveballs tend to be the most exciting of all since the game would be longer and the pitch is always just within the field. Although practically impossible, this actually happens in minor league competitions. Another type of breaking balls is the slider. This ball looks just like the fastball but is slower when striking down. There are other types of breaking balls such as screwball, horizontal screwball, and fast breakball.

Knuckle balls are thrown with too much spin. Players do not even notice knuckle balls up in the air and they don’t have any idea where it will land. The exaggerate spinning made to the ball caused it to produce internal fluctuations which lead the ball to move aggressively and oppose external factors such as wind, gravity and pressure variations.

Magnus Effect is seen when a ball is hit and it seems to visually change shape. The baseball has collected too much internal energy from spinning which caused it to lose its planned landing direction. Magnus effect is commonly observed at baseball newbie players and none-competitive gameplays. One of the first things being studied by baseball players is to find the right spinning force to depart from this phenomena.

The game looks like baseball, but in actuality, it’s physics.